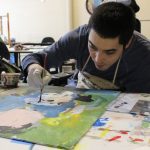 Artist Ted Gram-Boarini joined the North Shore studio in September 2013. In just over a year he has established a…
Read More 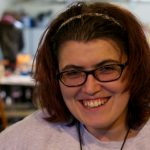 Day in the Life of Amanda Gantner

Hi! My name is Amanda and I’m an artist at the North Shore Studio. Before The Arts of Life, there…
Read More 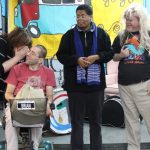 Fact: Maria Palmer lights up a room. It’s impossible not to notice that she’s entered the studio because immediately a…
Read More 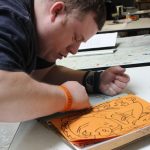 Sean Kremer is a man of many faces. Quite literally he can be impersonating Woody from Toy Story one moment…
Read More 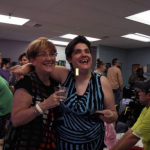 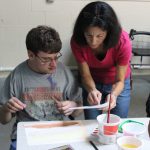 "There is so much talent here." -- Cindy Cindy is someone who just "gets" us, which feels wonderful. In the…
Read More 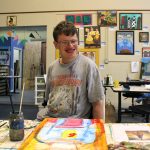 Meet Billy Borgerd. A hard working fellow and all around good guy. On days that Billy joins the studio you…
Read More 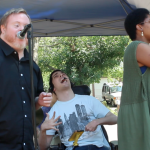 Who is Van Go Go?

You may have seen them at The Arts of Life's Summer Carnival. Or maybe you have been hearing all those…
Read More 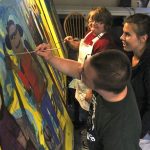 This past spring, volunteer Molly Gapp began working with the North Shore artists on the studio's first mural. It's been…
Read More 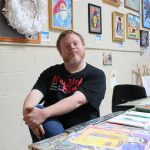 This month's featured North Shore artist is Danny Frownfelter. Both a visual artist and musician, Danny is a prolific art…
Read More
1 2 3 4