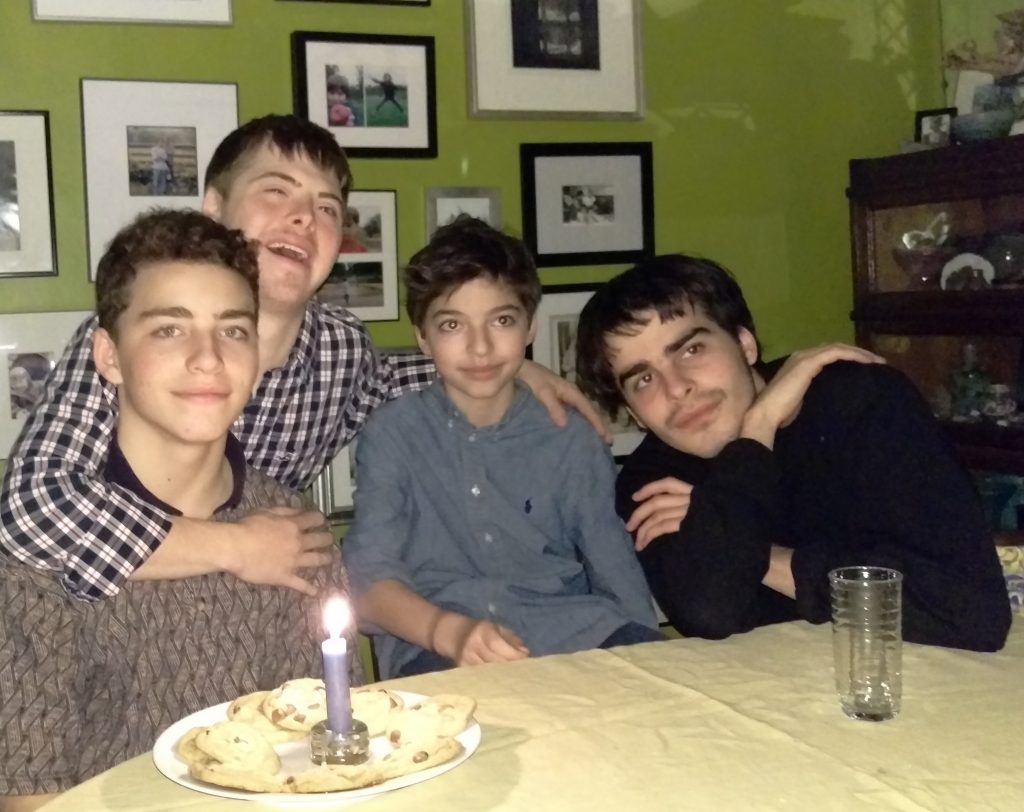 I woke up at 7:03 a.m. I weighed one hundred sixty-four point five pounds in the bathroom.  The Dodge Grand Caravan  number three eight six zero came at eight twenty-six.  In the midmonring on the monivan, I texted Paul Kenneth Rohde and Mom (Sandra Lynn Yasutake Conners).  I arrived at The Arts of Life, Inc. to see everybody at nine twenty-seven and went to the cafe.  I drew a still life in the studio.  I emailed Mom and Dad.  I went back to the cafe at eleven thirty-five.  Caitlin Marie Law talked to us.  I saw the Mendel from nineteen forty-eight-two thousand six years ago by myself.  In the afternoon, I emailed Mom in the arts studio.  I went back to the cafe at twelve twenty-five p.m.  Lauren Celine Sparrow, Pablo Alonzo, Steve Harhaj, Kristopher K. Schenkel, and Michael John Marino talked to us.  William Woodow Lilly and I swept the floor.  Bill Lilly and I mopped it.   I drew a still life with a dog from their house.  I went back to the cafe some more at one forty-eight.  I saw the Mendel again.  On the Pace ADA Paratransit Service number three nine one six, I texted Inbal Amit and Mom.  I took a nap by myself.  I texted Catherine N. Norcott and Thuan Thi Thanh Nguyen.  I arrived back home at three twelve.  In the late afternoon/early evening in our classic silver metallic Toyota Prius, I texted Paul Rohde.  Mom parked our hybrid hatchback by CVS/pharmacy and upstairs, I went with her to Beverly Yoga Center to meet everyone.  We did yoga.  In our hybrid hatchback, I texted Janette Sakamoto Koga.  Mom and I went back home.  I washed the knives and the cutting board.  Afterwards, I watched the New York versus Miama Monday Night Football on ESPNHD in the family room.  The New York Jets lost sixteen to thirteen.  I texted Cara Miwa Zeller.  In the late-night evening, I went to sleep by myself in my room.