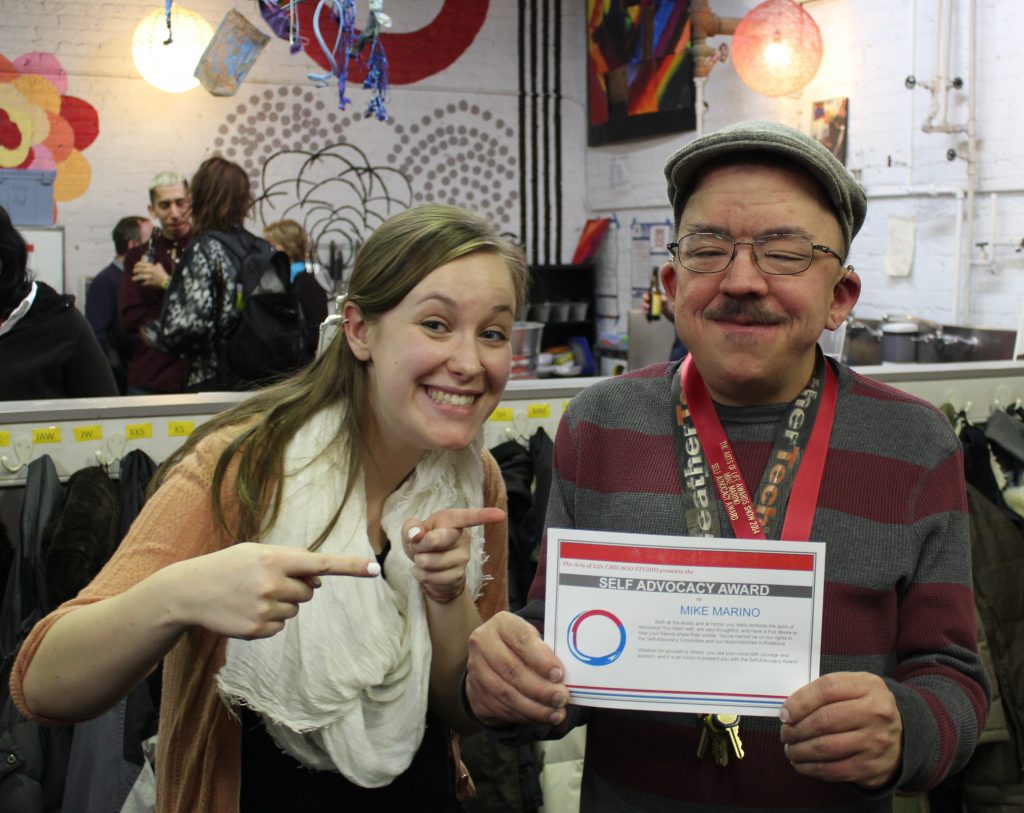 We just had our 2014 Awards Show!  It was different from last year because the North Shore is having their own later.  For the first time ever, the Awards Show was at our Chicago Studio!  It was fun, but we missed our friends from up north. All the artists won different kinds of awards, based on their personality.  The Artist of the Year was Guy Conners!I won the Self-Advocacy Award.  That means being yourself, being responsible, and speaking up about your life.  I won it because I help everyone in the community; training others about the core values and rotations.  Great job everyone!  I felt proud of myself for all my hard work and happy about working at the studio.  I kept my acceptance speech pretty short, just a “Thank you”.  Everybody said, “That’s all?!”  Other people had long speeches, or read poems.        My family was there, and my housemates.  I got to share it with some of my best friends. There was a lot of food.  Afterwards, we all got up and danced ‘til we dropped.  It was kind of a late night, but an awesome party!      -Mikey