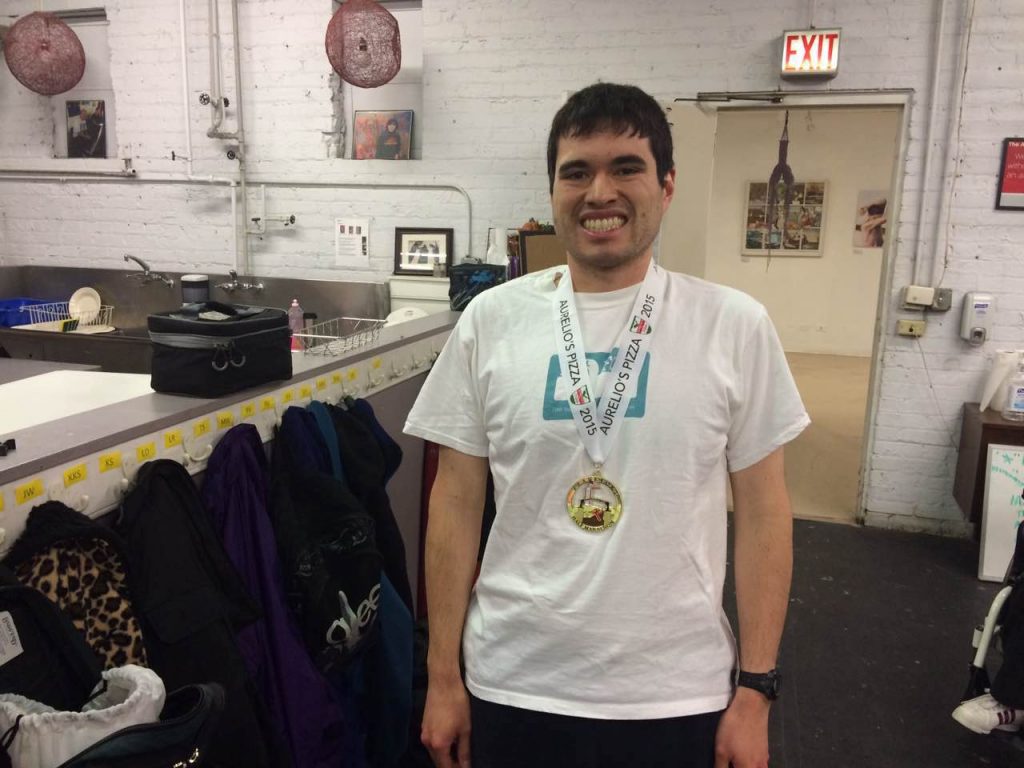 I woke up at 5:00 a.m.  Today was first quarter.  I weighed one hundred seventy-four point five pounds in the bathroom.  Mom, Dad and I drove to their houses to pick Clair Noel Concannon and Tanya Renee Coffman up in our classic silver metallic Toyota Prius.  I solved an easy circular Sudoku in the book.  I went with Clair Concannon, Tanya Coffman, Mom, and Dad to Franfort Half Marathon to meet everyone. We run thirteen point one miles.  The woman gave us medals.  I went with Dad to Running Excels and Build-A-Bun.  I bought some orange soda.  I ordered an Italian beef sandwich with sweet potato fries and mint chocolate chip ice cream.  Dad and I went back to Running Excels at nine forty-nine. In the late morning, I got a gift card.  In our hybrid hatchback during the ride, I solved a puzzle.  Mom, Dad and I dropped Tanya off back to Tanya’s house and Claire off to West Damen Avenue and Claire went back to the Concannon’s house.  We drove back home. In the afternoon and afterwards, I watched Paid Programming on the channel 385 in the family room.  I read the Chicago Tribune on my white iPad in the living room.  I watched a video of Aiyla Miyuki Zeller at the park in Oakland, California with Mom and Dad in the kitchen.  I solved an easy puzzle by myself.  In the late afternoon, I watched Winner Takes All BBQ Pitmasters on the black television in Mom and Dad’s room.  In the late afternoon/early evening in our magnetic gray metallic Toyota Prius C, I read sports magazines in Burbank.  Mom, Dad and I went to AI Bowodi Grill to meet Michelle Elizabeth Korzec and Albert John Korzec at six o’one p.m.  we ordered some food and drinks.  We got white food containers.  In the Korzec’s black Ford Explorer XL, I drew Kate’s portrait in Hometown.  Mom and I went with AI to The Rainbow Cone at seven fifty-five.  Dad bought me a large cookies n crème ice cream cone.  Mom and I drove back home again in the Korzec’s SUV.  I read a newspaper on my iPad.  I watched Miranda with Shelly Korzec, AI Korzec, Mom (Sandra Conners), and Dad (Rick Conners, Junior).  I stretched my arm and leg.  I watched a television show with Shelly, Al, Mom (Sandra Lynn Yasutake Conners) and Dad (Richard Russell Conners, Junior).  In the late night, I went to sleep by myself in my room.